Runner beans are the classic UK summer crop - they will produce in cooler weather than French beans, and crop over a long period. Can be sown direct, but best started in small pots or large modules under cover to avoid mice and get a good start to the season.

Beware, they don't set in very hot conditions, so not a good crop for a polytunnel/greenhouse unless you're in a colder part of the country (French beans are in general a better choice under cover). 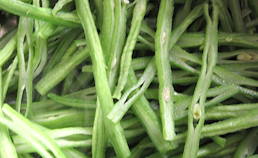 The Czar
This UK variety of runner bean is hugely productive. It grows really tall and bears lots of white flowers that set long pods.

We particularly like Czar because as well as vast numbers of nice flat green pods for normal use fresh, it will also later make fat white seeds that are very easy to dry and shell out of their pods.

The dry beans can be stored and boiled just like butter beans - we always set aside a few plants for dry bean production as they are so delicious cooked that way. But we eat lots of fresh beans each year too in the normal fashion. It makes so many!

Butterbean type, with both pods and seeds great for cooking.

"A friend gave me 3 each of your Czar and Cherokee bean seeds earlier this Spring and I've been astounded just how prolific they were. I have been growing runner beans for over 40 years and have never had such an amazing crop (and still cropping) from just 3 plants. Consequently I intend growing and storing more next year." - John Broadbent

Stringless Emergo NEW
Emergo is a well-known and much appreciated runner bean, and here we have a special new version of it that has been bred to be properly stringless.

You'll get really long pods with an excellent flavour and no strings. If you leave them to get bigger you'll get nice fat white seeds that can be shelled out and cooked like butterbeans.

Greek Gigantes
Here we have a very special and rare runner bean from the mountains of northern Greece, which has been bred over hundreds of years for the enormous buttery seeds, rather than being bred for the pods as we have done in the UK.

The seeds are alarmingly large, being about twice the size of the Czar above, which itself is a pretty big-seeded variety amongst normal runner beans.

They are fantastic in soups and stews, and the staple ingredient in delicious dishes such as:

You can find loads more mouth-watering recipes on the internet or in greek cookbooks by searching for 'gigantes beans'.

You grow them up canes just like a normal runner bean (so easy if you are used to that), but leave the pods to go brown and papery, then shell out and collect the seeds. They can be dried for storage or used fresh. They swell up even bigger when cooked.

Now you might think they look like lima beans - but this is a common misconception; they really are true runner beans, which of course are much easier to grow. And the mountainous areas in the far north of where they are from are quite wet and cold at night, so we think they should do well in many parts of the UK. They certainly grow well for us here in west Wales, and are extremely tasty.

Let us know how they do for you, we'd also love your favourite recipes / cooking suggestions.

Rhondda Black
We are very pleased to be able to offer this old heirloom, probably an exhibition variety, from South Wales. It has been a 4 year project by Kate to bulk this up from a handful of seeds. Beautiful black seeds on very large plants, it was originally given to Adam Alexander by a gentleman in the audience when he gave a talk in the Rhondda valley.

Old traditional runner bean from the Valleys. Very rare, so just 15 huge seeds in a packet. 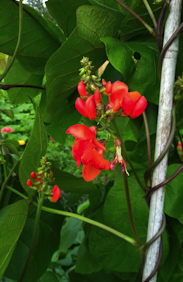 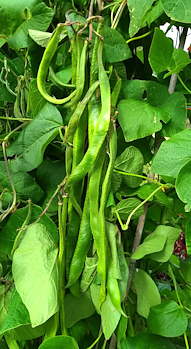 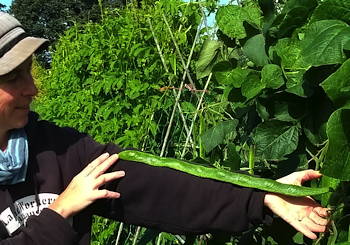